Mostly non-verbal and the whispered secret 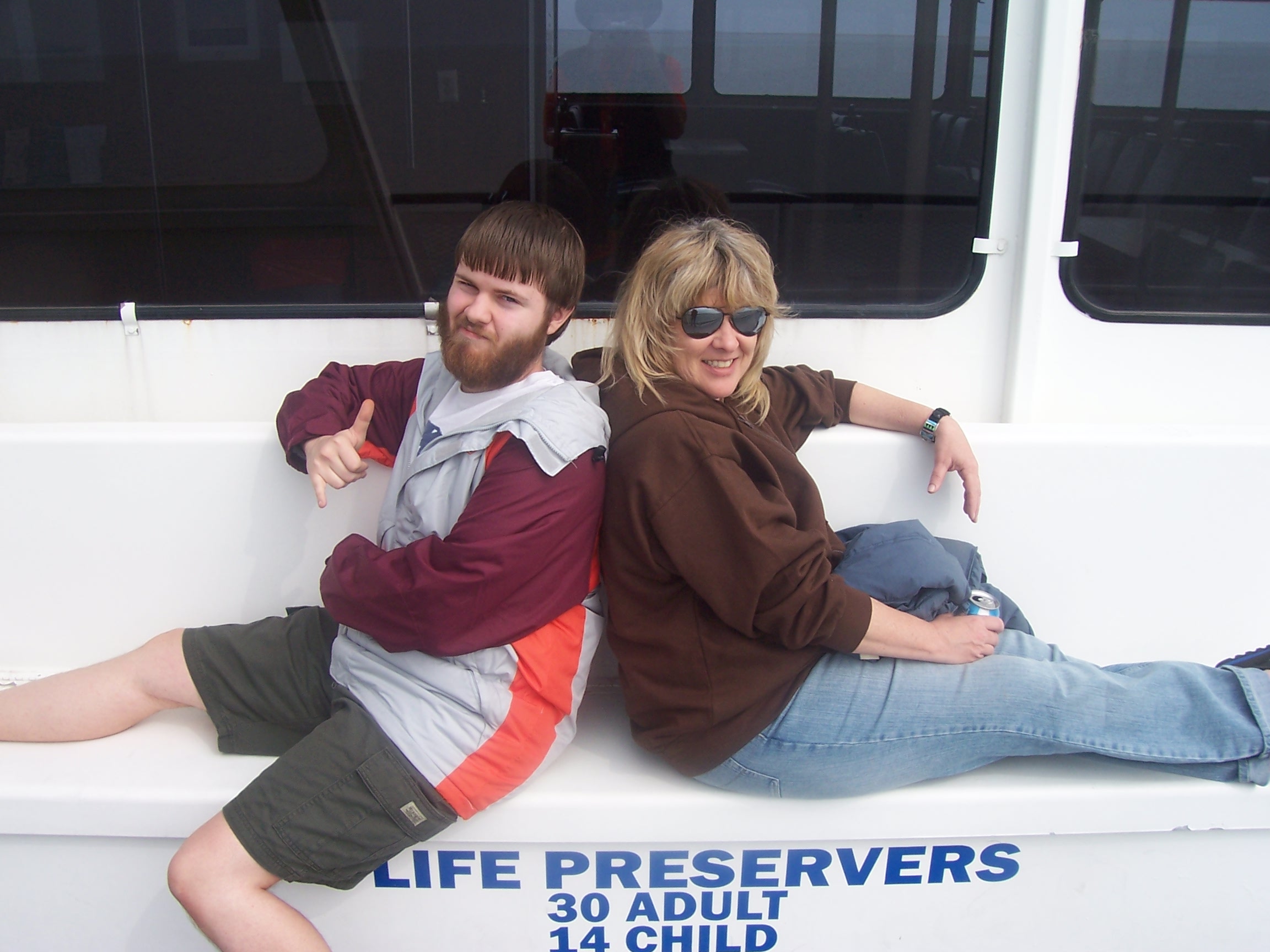 I was reminded of this yesterday.  My son Matt is autistic and mostly non-verbal.  He speaks about 3-4 good sentences a day – a huge increase from his mostly silent childhood. Yesterday we were on our way to town to see a movie.  Matt was in a really good mood, excited to be going to the movies, shopping and out for pizza.  As is usual, I prompted him to speak by asking simple questions.  It was just him and I in our Jeep, traveling on the interstate toward town.  It was one of those mother and son kind-of-days.  I noticed Matt grinning.  I smiled in return.  “What are you thinking about, Matt?”

Now I expected him to say something about the movie we would see that evening or maybe something about what he was planning to buy, or maybe his mind was on the fact that his daddy would be coming home late tonight from his job in a neighboring state.  I expected Matt to say one of those things – in his matter-of-fact way he has of conversing. But none of those things were on his mind.

“I was thinking about last fall, in Radford.  I saw a semi-truck.”  He began as he leaned in close and half covered his mouth as if to tell me a wonderful secret.   This was unusual behavior and I instinctively leaned in toward him in return.  When he could almost reach my ear he whispered excitedly, “it was a Books-a-Million truck in the southbound lane headed to Bristol!”

Wow… I wasn’t prepared for that. I immediately went into decipher mode. I know Matt loves books. He loves to read and he loves book stores where every kind of book imaginable surrounds him.  But what took me back a bit was the way in which he told me. This was a huge secret he had been unable to share with anyone.  He must have thought about it ever since he had seen that truck months ago.  He must have thought about how it had been headed south (using the signs on the interstate, or maybe the address was on the truck) and wondered about where that store might be in Bristol.

“Yes, and remember at ETSU?” he continued.

That remark meant he had seen another store close to the campus of Eastern Tennessee State University in Johnson City, TN.  Many years ago we had visited his step sister there at school.  Did he see the book store way back then and been longing to go ever since?  He doesn’t use the internet so I know all of this information had to be from the sign on the truck or from road signs, or even memories of trips taken years ago when he was a young boy.  I did a search on the internet last night and sure enough there’s a store listed in each city.

I thought about his desire to go in search of this massive book store – an adventure so desirable, so magnificent, that he couldn’t even find the words to tell me until now.  I thought about how he must have been dreaming about it for at least the past 4-6months, maybe for years, before excitedly whispering it in my ear.

Maybe you are wondering what the big deal is.  If you are the parent of a mostly non-verbal autistic child I am sure you understand.  You understand how precious this moment was.  He leaned in and whispered it to me!  It meant something very special to him and until that particular moment in time Matt had not been able to voice it to anyone.  He simply couldn’t find the words to tell me. Although the desire must have been great, Matt had not been able to ask me to take him there.  He couldn’t tell me – not until yesterday.  Not until everything came together in a specific moment in time; driving on the interstate, alone with his best friend (his moniker for me) who could take in all his forms of communication and understand both his words and his joy, but more importantly  his neural highway which connects thoughts to words was clear from obstruction.

I gave Matt a big smile and gave him what he needed me to say, “How about we go in search of the store this summer?  We’ll take a day and drive to Bristol – sound good?” Iasked.

“Yes!”  he replied and pumped his fist into the air above his head.  Mission accomplished. The energy of his joy completely filled the air around us.

I have always been very observant of my son and over the years I have become quite good at deciphering all of Matt’s communication forms.  Communication goes both ways; I teach him how to converse verbally and he teaches me how to converse silently. Our conversations usually contain few words and yet we communicate very well. This deeper form of interaction has allowed me to address that which scares him, that which bothers him and that which makes him happy.  But yesterday was a first.  His excitement was so powerful that he had to whisper it to me.

I knew I had just witnessed something I had not seen in Matt’s 27 years – the precise moment in time when his joy and his words had finally made it past the road block on his thoughts- to- words neural highway.  Not only did he pass that road block, he sped past it so quickly that his words sprang forth and just bubbled out of him in the most powerful way. The long held secret had been released …finally.

I was so touched by the moment that I had to fight back the tears as my heart soared.  It touched me in a way that is difficult for me to explain (and I have no language road blocks).  All I can tell you is that the whispered secret of his heart-felt desire was more powerful in its delivery than shouting it from the rooftops ever could be. It was a whisper.  A restrained but excited voice that had found a way through the road block where nothing else could, and I was there in that moment to hear it slip past.

I learn something new about my son every day, even 25 years after the diagnosis of autism.  A small step forward . . . every … single … day. The sun is coming up and I am wondering, “What wondrous thing shall I witness today?”  Of course, I won’t know until it happens.  And although right now this new day has not revealed it’s secrets I do know that some secrets, especially whispered ones, are definitely worth waiting for.